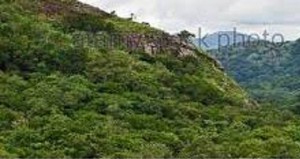 The Assistant Inspector General of Police Southern Region Mustapha Sesay has told this medium that officials of Green Scenery have being banned from visiting Sahn-Malen Chiefdom.

According to Mustapha Sesay officials of Green Scenery and a Belgian national by the name of Manuel Eggen have warned not to visits Sahn-Malen Chiefdom for peace and tranquility to prevail in the growing chiefdom where Socfin Agricultural Company operates.

The action by the A.I.G was welcome news to all peace loving Sierra Leoneans that grown-up in Pujehun District and the country as a whole.

Further information reaching The Spectator alleged that the Belgian National Manuel Eggen that manned an international Non-Governmental Organization called FIAN visited Sahn-Malen Chiefdom in 2012 on the pretext of fact-finding information.

After his fact-finding mission Manuel Eggen of FIAN goes berserk and starts publishing all sorts of fabricated and pathological stories concerning a company which have employed thousands of Sierra Leoneans and subsequently helping transforming the country’s economy to the satisfaction of the government and its people.

The recent demonstration in Belgium on Socfin Agricultural Company in Brussels was orchestrated by Manuel Eggen with his FIAN organization, in which the latter scarce various potential investors to come in Sierra Leone and invests.

The Spectator has footages and videos clip of Manuel Eggen who is working with Green Scenery to discourage genuine investors out of Sierra Leone.

Both FIAN and Green Scenery are ‘two bed fellows’ that are heavily sabotaging the government by scaring multi-national companies out of Sierra Leone.

The latter demonstration in Belgium against Socfin Agricultural Company speaks volume of how dangerous Joseph Rahall and Manuel Eggen are putting Sierra Leone in the international arena.

Thousands of Sierra Leoneans living in the diaspora have complained FIAN NGO and Green Scenery to this medium for the unpatriotic ventures and wicked stance Green Scenery and FIAN are doing to discourage prospective financiers that are wants to invest in the country.

“We are totally disturbed and confused on the illegal action of FIAN at against potential investors in Sierra Leone,’ they said.

“We are urging the Government and authority concern to investigate the head of FIAN and the local NGO’s they are working with in Sierra Leone.’

“Few misguided foreigners and some of those ill-advised international NGO’s should stop discouraging investors in Sierra Leone,’ they noted.

Some of these Sierra Leoneans are urging the government to take stringent measures on Manuel Eggen and Green Scenery as their aims are to discourage potential investors out from Sierra Leone.

The unholy tricks by this Belgian individual is going from bad to worse, the government of President Koroma should mount up an investigation through SLIEPA and other agencies on the mission of Manuel Eggen in Sierra Leone.

The penchant and priority of hope for the government is to help create jobs for its citizenry, and President Koroma has times without numbers appealed to investors to come and invest in the country.

The country can boasts of few investors, but the attitude of International Non-Governmental Organizations that are working with local NGO’s continues to put the country aback.

However, the Local Chiefs of Malen Chiefdom and chiefdom authority has blacklisted Green Scenery and Manuel Eggen from their chiefdom; they have put their records straight to the government and other Non-Governmental Organizations for the undue interference by Green Scenery into their Chiefdom.

In a press release issued out on the 30th of March 2014, the Local Chiefs of Malen Chiefdom express their thanks and appreciation to the Government of Sierra Leone for their supportive role accorded to the on-going operations of Socfin Agricultural Company Sierra Leone Limited as an Agricultural investor’s busy carrying out its economic and development activities in Malen Chiefdom in Pujehun District.

The local Chiefs further states that they will continue to cooperate and extend open hands to all law abiding functional local and international NGOs but view with total dismay and profound shock the uncompromising attitude of Green Scenery which has continue to hold meetings otherwise considered as confrontational and unacceptable as it has systematically promoted discord by working alongside unregistered groups including MALOA.

The Press Release further states that Malen Chiefdom remains open and receptive to all genuine operating NGOs in the country, but not the likes of Green Scenery which uses entities like MALOA to push forward its agenda as it has continue to holding clandestine meetings only to tear apart Malen Chiefdom apart.

However, disturbing messages reaching this medium alleged that a grand plan from a local Non-Governmental Organization and few misguided individuals are planning to make their way to Sahn-Malen Chiefdom including one disgruntled International NGO.

The chiefdom is peaceful as we went to press, but the A.I.G Mustapha Sesay have assured residents of Pujehun district and authority of Sahn-Malen Chiefdom that the police are in full control in terms of security and any illegal entry into the chiefdom will be prosecuted.

The government are appreciable to Malen Chiefdom especially the Local Authority including the Paramount Chief and his gallant chiefdom administration in tirelessly efforts in upholding the tenet of peace throughout the chiefdom.

The Spectator has being reliable informed that President Koroma will be in attendance to open the multi-million dollar investment of Socfin Agricultural Company in the near future.

Preparation according to our investigation is in high gear to welcome the President in Sahn-Malen Chiefdom.