Mr. Joseph Rahall has been instructed by the Judiciary of Sierra Leone to retract his defamatory publications against Socfin Agricultural Company.

It could be recalled that the Executive Director of Green Scenery published an article which go viral in the social media in relation to the operation of the agricultural company operations in Sahn-Malen Chiefdom, Pujehun District.

Sierra Leoneans who spoke to this medium applauded the judiciary for such a brave decision taken in the High Court of Sierra Leone and also called on Civil Society Organizations to work in the interest of the country and the people they served.

It could be noted that the operation of Socfin in Pujehun District has being a blessing for Sierra Leoneans dwelling in that part of the country as they can now breathe a sigh of relief to good, roads, Education, economy growth, infrastructure among others. However, sources close to some of the detractors of the agricultural company have said to have stopped all their negative propaganda and help the government to attract more investors for our jobless youths. 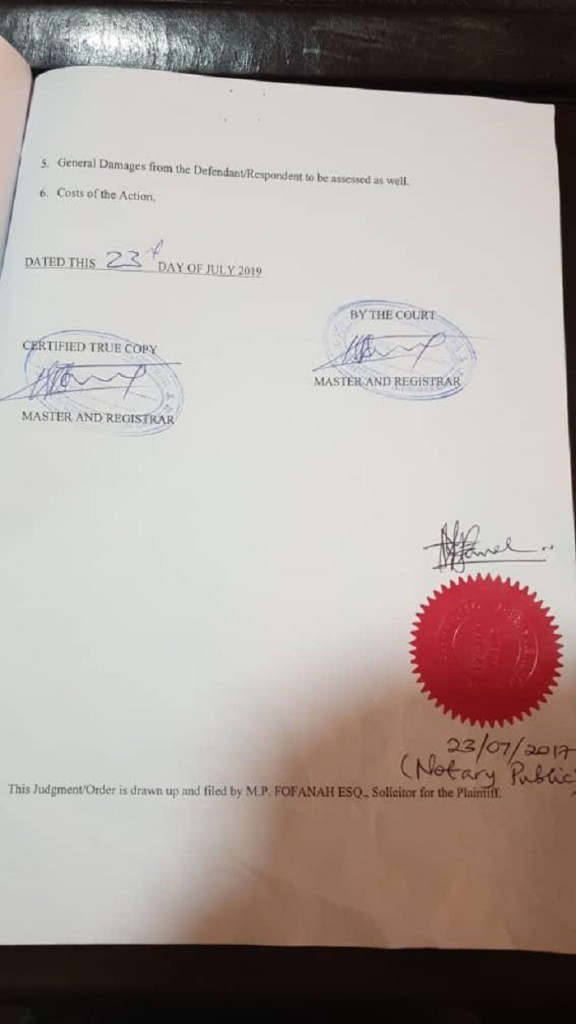 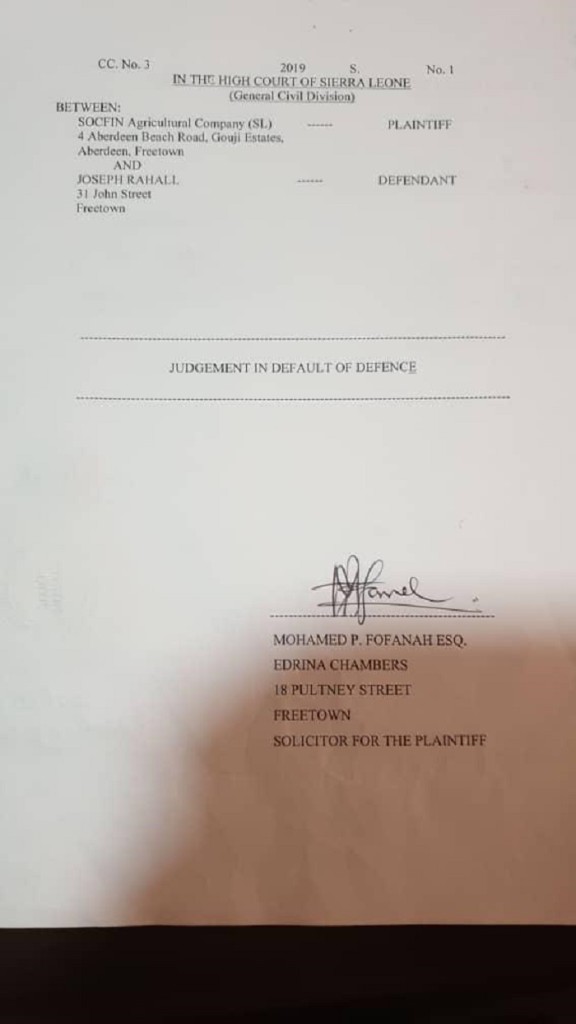