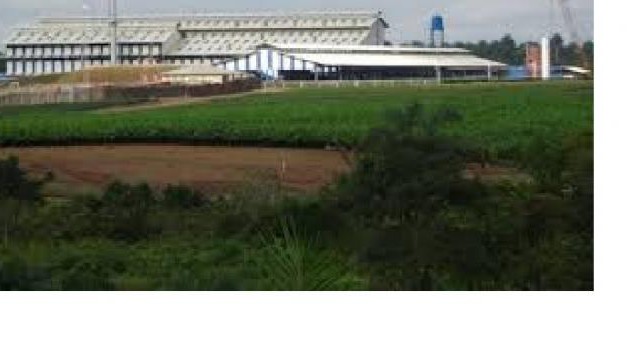 Prior to wild spread allegation from the Member of Parliament of constituency 106, Malen Chiefdom, Pujehun District, a pool of investigative journalists have come to the conclusion that all the allegations Hon. Sheka Sama is alleging concerning land grabbing by the Agricultural Company within its operational areas are a hoax.

The façade of allegations coming from MALOA accusing the multi-national company of land grabbing was resists by residents of Malen including the chiefdom administration who extol the transformation of their chiefdom by the agricultural company.

“We need more development in our chiefdom,” they said, citing that Sahn-Malen was a ghost town before the interception of Socfin Agricultural Company, but the chiefdom is gradually moving in terms of development.The chiefdom authority also called on the central government to intervene in the protracted issue in the chiefdom between MALOA and the company.

“We are calling on the central government to intervene in this long-drawn-out issued which is derailing development in the chiefdom.” They urged.

The villagers also called on the agricultural company and the chiefdom authority to forget about the past and concentrate on the future which according to them will see Malen chiefdom in rapid development together with the support of the central government.

Moiguah is the Chiefdom Speaker of Sahn-Malen Chiefdom he confirm to Premier News that the chiefdom authority has times without numbers engaged various splinter groups like MALOA to work with the agricultural company for the betterment of the chiefdom and the district as a whole.

“During our Paramount Chief realm in parliament he engages both the central and local government to find amicable way to settle the impasse in between MALOA and the company but all prove futile”. He explains.According to the Chief Robert Moiguah, Sheka Sama is the sarcoma in the chiefdom with his inciting and misguided statement that continued to divide the minds of the people.

Mr. Moiguah urged the central government to find a lasting solution for peace and tranquility to prevail in the chiefdom and the district as a whole.

According to the Member of Parliament, the company has stolen the land from the people leaving the villagers hapless to do their usual farming practices.

He alleged among others things that the chiefdom authority has ganged against the people by depriving them from their land and other benefits.

The Independent Parliamentarian according to our information is reluctant to dialogue with the company citing frivolous excuses that are acceptable.

“Sheka Sama should be intelligence enough to know that he has no business with Socfin Agricultural Company but the government of Sierra Leone, as a Parliamentarian he should know better, he should stop the incitement and help rebuild war-torn Malen,” messages from residents of the chiefdom.

The chiefdom people also damn the bogus claim made by the Member of Parliament where he publicly tell the people to steal from the plantation of the company.
Random interview by this medium also confirmed the statement of Mr. Sheka Sama urging the villagers to pilfered from the company plantation.

“The continuous attack by our brother is given the investors unpleasant and unfriendly atmosphere in the district, we are appealing to President Julius Maada Bio to intervene in this protracted issue once and for all.”