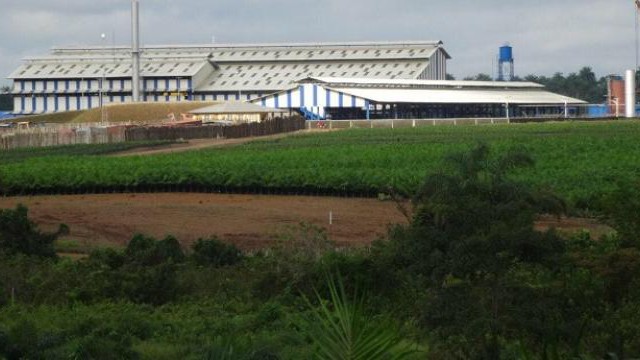 The People’s Movement for Democratic Change (PMDC) erstwhile Member of Parliament from Pujehun District has been extremely troublesome and obstinately obdurate in his behaviour towards landowners, chiefdom and district authorities, and the Socfin Agricultural Company (SL) Limited since its establishment in the Sahn Malen Chiefdom. Former Hon. Sheka Sama has on many occasions mobilized remnants of PMDC villains to embark on nefarious and riotous activities that would discredit the Socfin Agricultural Company (SL) Limited as well as the chiefdom and district authorities that legitimately endorsed the operation of the company in Sahn Malen Chiefdom, Pujehun District. But Sheka Sama has finally been exposed by supporters of the so-called MALOA organization he illegitimately formed to disrupt the operations of Socfin Agricultural Company (SL) Limited in the chiefdom.

The one-million-dollar question on the lips of many concerned Sierra Leoneans is why Sheka Sama, who is ought to know better as former lawmaker, could resort to deliberately damaging the reputation of a company that is not only bringing development to Sahn Malen Chiefdom but also creating job opportunities for the indigenes of Pujehun District in particular and the people of Sierra Leone in general? Something must be fundamentally wrong with the erstwhile legislator whose cohorts have abandoned him midstream, having realized that his devilish intentions were detrimental to the development of Sahn Malen and its people who benefiting tremendously from the operations of Socfin Agricultural Company (SL) Limited).

Apart from misleading the general public that his recent trip to Paris was on the invitation of the Management of the agricultural company, one of his nefarious deeds together with his MALOA supporters has been exposed to the greatest disappointment and dismay of the people of Pujehun District. It is shocking that Sheka Sama had the temerity to order his recalcitrant supporters of MALOA to poison River Malen with DDT on the pretext that it was the Socfin Agricultural Company (SL) Limited that polluted the river which caused the death of thousands of fishes as reported by villages on the bank of the river such as Kortumahun, Massao and Ngumgbuma. This diabolic incident engineered by Sheka Sama caused the intervention of the Environment Protection Agency – Sierra Leone (EPA-SL) which accused the company of polluting the river. But following a thorough investigation by the state agency, it was discovered that the former PMDC parliamentarian was the mastermind of the river pollution after he was exposed by his so-called MALOA supporters who have now seen reason to wholeheartedly back the operations of the company in their chiefdom. One of those who confessed poisoning the river, which serves as a boundary between Sahn Malen Chiefdom and Bum Chiefdom in the Bonthe District, was a PMDC Councillor who had earlier alleged that they would poison the river and blame it on the company.

The incident took place in February this year and after a though investigation, EPA-SL exonerated Socfin Agricultural Company (SL) Limited of any wrongdoing. And contrary to the deliberate lies being traded by Sheka Sama about the company, EPA-SL was also satisfied that the company was in full compliance of conditions set by the state agency such as public disclosure, registration, environmental protection and many others.

These ugly developments that have been taken place in Sahn Malen were the handiwork of Sheka Sama and his recalcitrant PMDC youths whom he had been leading like a herdsman. In the process, he had annoyed not only the company and his people but the rest of Pujehun District. But now that he has failed woefully in all his endeavours to blackmail and discredit Socfin Agricultural Company (SL) Limited, he has finally called for a truce despite the company and the chiefdom authorities have no grouse against him but his behaviour which is unacceptable and incomprehensible.

Sheka Sama also claimed in the media that the agricultural company was not treating its workers fairly, but that also has been proven wrong as the company is among those with better terms and conditions of service for the local workers. He did all of this to blackmail the company so that the people of Sahn Malen would rise against it thereby disrupting its operations in the chiefdom, but it has boomeranged.

What Sheka Sama should know is that his nefarious activities against the operations of Socfin Agricultural Company (SL) Limited are criminal. It is a fully registered company and everything about its operations is legitimate. The landowners of Sahn Malen have expressed their satisfaction with the company which has provided job opportunities for many of their indigenes and people from other parts of Pujehun District and even beyond. Sheka Sama’s untoward behaviour is anathema to development which he failed to take to Sahn Malen when he was a Member of Parliament. He is therefore advised in his best interest to either shape up or ship out.